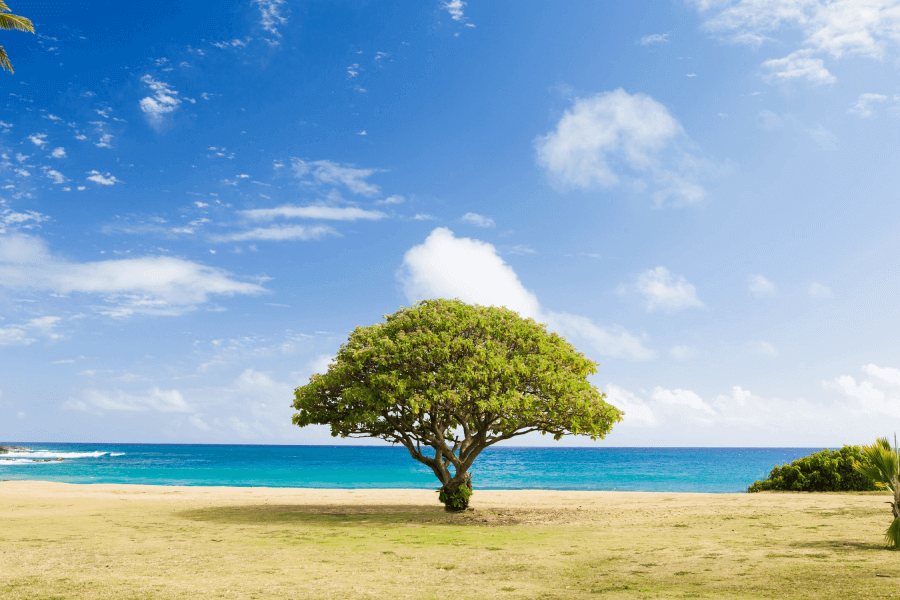 Trees In Trouble
What is causing the decline of the world’s giant forests?
A
A. Big trees are incredibly important ecologically. For a start, they sustain countless other species. They provide shelter for many animals, and their trunks and branches can become gardens, hung with green ferns, orchids and bromeliads, coated with mosses and draped with vines. With their tall canopies* basking in the sun, they capture vast amounts of energy. This allows them to produce massive crops of fruit, flowers and foliage that sustain much of the animal life in the forest.
B
B. Only a small number of tree species have the genetic capacity to grow really big. The mightiest are native to North America, but big trees grow all over the globe, from the tropics to the boreal forests of the high latitudes. To achieve giant stature, a tree needs three things: the right place to establish its seedling, good growing conditions and lots of time with low adult mortality*. Disrupt any of these, and you can lose your biggest trees.
C
C. In some parts of the world, populations of big trees are dwindling because their seedlings cannot survive or grow. In southern India, for instance, an aggressive nonnative shrub, Lantana camara, is invading the floor of many forests. Lantana grows so thickly that young trees often fail to take root. With no young trees to replace them, it is only a matter of time before most of the big trees disappear. Across much of northern Australia, Gamba grass from Africa is overrunning native savannah woodlands. The grass grows up to four metres tall and burns fiercely, creating super hot fires that cause catastrophic tree mortality.
D
D. Without the right growing conditions trees cannot get really big, and there is some evidence to suggest tree growth could slow down in a warmer world, particularly in environments that are already warm. Having worked for decades at La Selva Biological Station in Puerto Viejo de Sarapiqui, Costa Rica, David and Deborah Clark and colleagues have shown that tree growth there declines markedly in warmer years. “During the day, their photosynthesis* shuts down when it gets too warm, and at night they consume more energy because their metabolic rate increases, much as a reptile’s would when it gets warmer,” explains David Clark. With less energy produced in warmer years and more being consumed just to survive, there is even less energy available for growth.
E
E. The Clarks’ hypothesis, if correct, means tropical forests would shrink over time. The largest, oldest trees would progressively die off and tend not to be replaced. According to the Clarks, this might trigger a destabilisation of the climate; as older trees die, forests would release some of their stored carbon into the atmosphere, prompting a vicious cycle of further warming, forest shrinkage and carbon emissions.
F
F. Big trees face threats from elsewhere. The most serious is increasing mortality, especially of mature trees. Across much of the planet, forests of slow growing ancient trees have been cleared for human use. In western North America, most have been replaced by monocultures of fast growing conifers. Siberia’s forests are being logged at an incredible rate. Logging in tropical forests is selective but the timber cutters usually prioritise the biggest and oldest trees. In the Amazon, my colleagues and I found the mortality rate for the biggest trees had tripled in small patches of rainforest surrounded by pasture land. This happens for two reasons. First, as they grow taller, big trees become thicker and less flexible: when winds blow across the surrounding cleared land, there is nothing to stop their acceleration. When they hit the trees, the impact can snap them in half. Second, rainforest fragments dry out when surrounded by dry, hot pastures and the resulting drought can have devastating consequences: one four-year study has shown that death rates will double for smaller trees but will increase 4.5 times for bigger trees.
G
G. Particular enemies to large trees are insects and disease. Across vast areas of western North America, increasingly mild winters are causing massive outbreaks of bark beetle. These tiny creatures can kill entire forests as they tunnel their way through the inside of trees. In both North America and Europe, fungus causing diseases such as Dutch elm disease have killed off millions of stately trees that once gave beauty to forests and cities. As a result of human activity, such enemies reach even the remotest corners of the world, threatening to make the ancient giants a thing of the past. Glossary: a canopy: leaves and branches that form a cover high above the ground mortality: the number of deaths within a particular group photosynthesis: a process used by plants to convert the light energy from the sun into chemical energy that can be used as food.

Question 1 - 7
Reading Passage has seven paragraphs, A-G.
Choose the correct heading for each paragraph from the list of headings below.
Write the correct number, I-X
List of Headings
I
How deforestation harms isolated trees
II
How other plants can cause harm
III
Which big trees support the most diverse species
IV
Impact of big tree loss on the wider environment
V
Measures to prevent further decline in big tree populations
VI
How wildlife benefits from big trees
VII
Risk from pests and infection
VIII
Ways in which industry uses big tree products
IX
How higher temperatures slow the rate of tree growth
X
Factors that enable trees to grow to significant heights
1
Paragraph A
2
Paragraph B
3
Paragraph C
4
Paragraph D
5
Paragraph E
6
Paragraph F
7
Paragraph G
Question 8 - 13
Complete the sentences below.
Choose NO MORE THAN TWO WORDS from the passage for each answer.
8
The biggest trees in the world can be found in
………………………
.
9
Some trees in northern Australia die because of
…………………………
made worse by gamba grass.
10
The Clarks believe that the release of
………………………….
from dead trees could lead to the death of more trees.
11
Strong
…………………………………
are capable of damaging tall trees in the Amazon.
12
﻿
…………………………………..
has a worse impact on tall trees than smaller ones.
13
In western Northern America, a species of
……………………………….
has destroyed many trees.