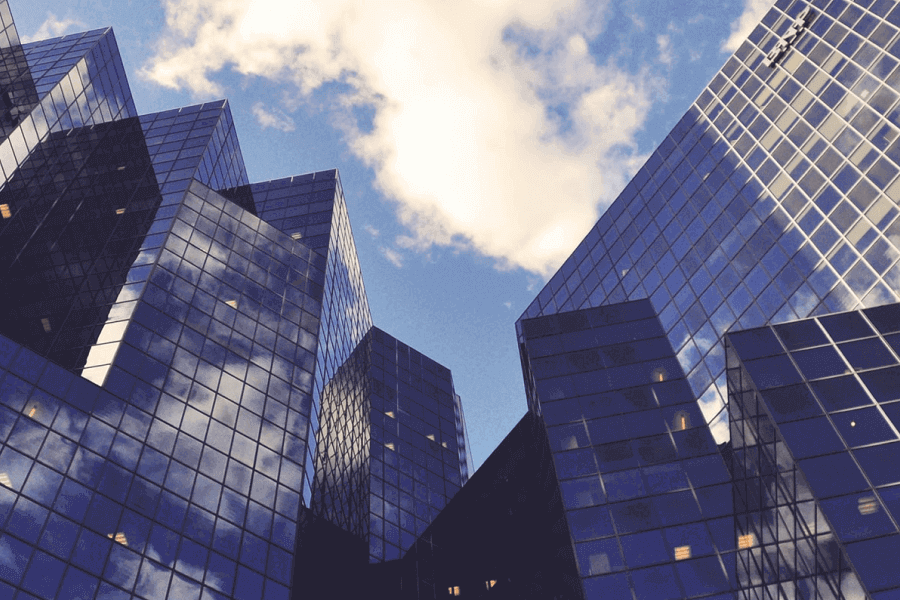 Change in business organisations
A
A. The forces that operate to bring about change in organisations can be thought of as winds which are many and varied - from small summer breezes that merely disturb a few papers, to mighty howling gales which cause devastation to structures and operations, causing consequent reorientation of purpose and rebuilding. Sometimes, however, the winds die down to give periods of relative calm, periods of relative organisational stability. Such a period was the agricultural age, which - Goodman (1995) - maintains prevailed in Europe and western societies as a whole until the early 1700s. During this period, wealth was created in the context of an agriculturally based society influenced mainly by local markets (both customer and labour) and factors outside people’s control, such as the weather. During this time, people could fairly well predict the cycle of activities required to maintain life, even if that life might be at little more than subsistence level.
B
B. To maintain the meteorological metaphor, stronger winds of change blew to bring in the Industrial Revolution and the industrial age. Again, according to Goodman, this lasted for a long time, until around 1945. It was characterised by a series of inventions and innovations that reduced the number of people needed to work the land and, in turn, provided the means of production of hitherto rarely obtainable goods; for organisations, supplying these in ever increasing numbers became the aim. To a large extent, demand and supply were predictable, enabling companies to structure their organisations along what Burns and Stalker (1966) described as mechanistic lines, that is as systems of strict hierarchical structures and firm means of control.
C
C. This situation prevailed for some time, with demand still coming mainly from the domestic market and organisations striving to fill the ‘supply gap’. Thus the most disturbing environmental influence on organisations of this time was the demand for products, which outstripped supply. The saying attributed to Henry Ford that ‘You can have any colour of car so long as it is black’, gives a flavour of the supply-led state of the market. Apart from any technical difficulties of producing different colours of car, Ford did not have to worry about customers’ colour preferences: he could sell all that he made. Organisations of this period can be regarded as ‘task oriented’, with effort being put into increasing production through more effective and efficient production processes.
D
D. As time passed, this favourable period for organisations began to decline. In the neo-industrial age, people became more discriminating in the goods and services they wished to buy and, as technological advancements brought about increased productivity, supply overtook demand. Companies began, increasingly, to look abroad for additional markets.
E
E. At the same time, organisations faced more intensive competition from abroad for their own products and services. In the West, this development was accompanied by a shift in focus from manufacturing to service, whether this merely added value to manufactured products, or whether it was service in its own right. In the neo industrial age of western countries, the emphasis moved towards adding value to goods and services - what Goodman calls the value-oriented time, as contrasted with the task- oriented and products/services-oriented times of the past.
F
F. Today, in the post-industrial age, most people agree that organisational life is becoming ever more uncertain, as the pace of change quickens and the future becomes less predictable. Writing in 1999, Nadler and Tushman, two US academics, said: ‘Poised on the eve of the next century, we are witnessing a profound transformation in the very nature of our business organisations. Historic forces have converged to fundamentally reshape the scope, strategies, and structures of large enterprises’. At a less general level of analysis, Graeme Leach, Chief Economist at the British Institute of Directors, claimed in the Guardian newspaper (2000) that: ‘By 2020, the nine-to-five rat race will be extinct and present levels of self-employment, commuting and technology use, as well as age and sex gaps, will have changed beyond recognition’. According to the article, Leach anticipates that: ‘In 20 years' time, 20-25 percent of the workforce will be temporary workers and many more will be flexible, ... 25 percent of people will no longer work in a traditional office and ... 50 percent will work from home in some form’. Continuing to use the ‘winds of change’ metaphor, the expectations of damaging gale-force winds bringing the need for rebuilding that takes the opportunity to incorporate new ideas and ways of doing things.
G
G. Whether all this will happen is arguable. Forecasting the future is always fraught with difficulties. For instance, Mannermann (1998) sees future studies as part art and part science and notes: ‘The future is full of surprises, uncertainty, trends and trend breaks, irrationality and rationality, and it is changing and escaping from our hands as time goes by. It is also the result of actions made by innumerable more or less powerful forces.’ What seems certain is that the organisational world is changing at a fast rate - even if the direction of change is not always predictable. Consequently, it is crucial that organisational managers and decision makers are aware of, and able to analyse the factors which trigger organisational change.

Question 1 - 5
Reading Passage has SEVEN paragraphs, A-G. Which paragraph contains the following information? Write the correct letter, A-G.
1
some specific predictions about businesses and working practices
2
reference to the way company employees were usually managed
3
a warning for business leaders
4
the description of an era notable for the relative absence of change
5
a reason why customer satisfaction was not a high priority
Question 6 - 10
Look at the following characteristics (Questions 6-10) and the list of periods below. Match each characteristic with the correct period, A, B or C. Write the correct letter, A, B or C. NB You may use any letter more than once.
List of Findings
A
The agricultural age
B
The industrial age
C
The neo-industrial age
6
a surplus of goods
7
an emphasis on production quantity
8
the proximity of consumers to workplaces
9
a focus on the quality of goods
10
new products and new ways of working
Question 11 - 13
Complete the summary below. Choose ONE WORD ONLY from the passage for each answer.
Businesses in the 21st century
It is generally agreed that changes are taking place more quickly now, and that organisations are being transformed. One leading economist suggested that by 2020, up to a quarter of employees would be
11
﻿ and half of all employees would be based in the
12
﻿. Although predictions can be wrong, the speed of change is not in doubt, and business leaders need to understand the
13
﻿ that will be influential.